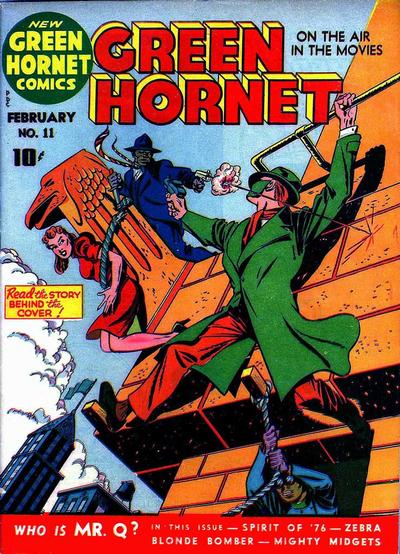 Reviewer: CrunkMouse - favoritefavoritefavoritefavorite - July 12, 2015
Subject: I love golden age Green Hornet!
The comics are just as good as the OTR. They have some serious stories and some corky. One of my favorite parts of the comics is 'the story behind the cover' and other short stories inside.

P.S. Comics 1-6 are copyright but there is a remaster colletion you can buy of them.
Reviewer: boemerm - favoritefavoritefavoritefavoritefavorite - September 25, 2014
Subject: Review and Ask
Nothing greater than the vintage Green Hornets - all of these are back to basics, great stories and classic art. While I do like some of the comics of today, there is nothing like vintage - just missing the musty paper smell. Must read for true Hornet Fans.

Noticed that the first six and number 16 and 46 are missing - anyone have these digitally??